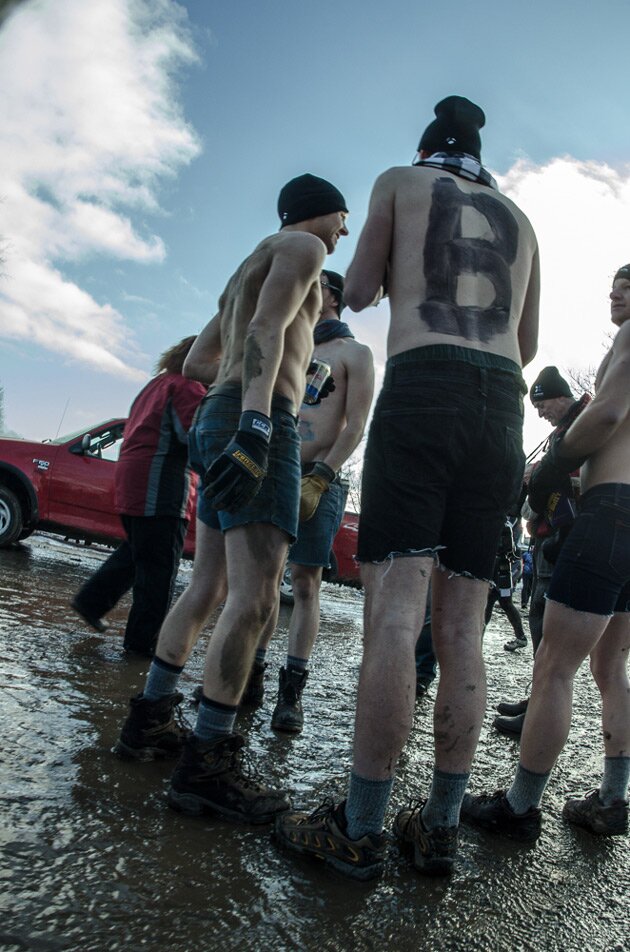 “This would be a warm day for cross-country skiing,” said one spectator to another.

By all accounts, it could’ve been far worse—nature could’ve been dosing out freezing rain and a gale-force wind. Instead, nature saw fit to set the temperature somewhere near the 17-degree mark (Fahrenheit) and bestowed intermittent doses of sun to the riders and spectators of USA Cycling’s Elite Cyclocross National Championships. Or as they call it, cyclo-cross.

The quick-freeze turned much of the course into a mess of unyielding, frozen ruts. Some of the higher-speed corners took on the deep grooved complexion of a motocross track and many riders employed the foot out, moto style when entering those turns.

And despite temps in the high teens, there was still mud to be found, which, once it had found itself aboard a competitor’s bike, weighed it down considerably and saw fit to freeze in derailleurs and pedals. Power washers ran non-stop, as mechanics struggled to keep spare bikes clean, light and working properly. But those high-pressure hoses were also a bit of a mixed blessing; water freezes on bike parts pretty quickly at 17 degrees.

‘Crossers and their fans are genuinely a hearty lot and this was evidenced in spades in Wisconsin. This is Badger country we’re talking about here and there were more than a few Green Bay Packers supporters on hand. Something you’d likely never see on the sidelines of a national cyclocross championship in Belgium or Holland is a thick jacket emblazoned with a snowmobile brand on the back, a full camouflage hunting suit or the most insulated one-piece that Carhartt makes, but there was no shortage of these this past Sunday.

A national championship is all about crowning a champ—assigning a jersey to be proudly campaigned for the coming year. For their parts, winners Katie Compton and Jonathan Page did not disappoint. Compton, of the Trek Cyclocross Collective, rode away from the field, taking the victory by 1 minute and 20 seconds over Jade Wilcoxson of Team Optum presented by Kelly Benefit Strategies. Page, riding for ENGVT, displayed his smooth style en route to collecting his fourth national title by 47 seconds over Team Rapha-FOCUS rider Zach McDonald.

And perhaps not surprising in such temperatures, as soon as the process of determining the national champ was over, the crowds packed up quickly and split the scene to find warmth.

Have a couple hours worth of free time? Check out USA Cycling’s re-broadcast of the women’s and men’s elite championships here.

The sign of a successful event? Trash cans full of empties.