Sure, think of a roof rack and one of the last adjectives to come to mind would likely be “sexy.” But, that’s what Yakima (er, wait, they’re actually two separate brands now) is calling their Whispbar WB200 roof rack—and we tend to find ourselves in agreement. As far as roof racks go, this one’s definitely a looker. Sleek and minimalist in appearance, the fork-mount WB200 sports a mostly-aluminum construction and mounts effortlessly to the Whispbar base bar via a cam system that allows the WB200 to be mounted—or removed—within seconds. 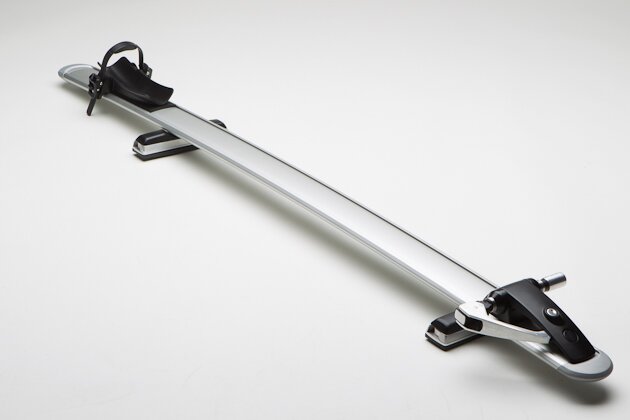 The Whispbar WB200 also maintains the base rack’s wind tunnel-tested aerodynamics, promising a quiet ride when bikes are out of the equation and you’re just cruising down the freeway.

For those who see some trails as well as bike lanes and road shoulders, it’s worth noting that the WB200 features 15-millimeter through-axle compatibility without the need for any adaptors.

The Whispbar WB200 is set to drop in December of this year, which makes for some pretty convenient timing if you ask us.