Photos and captions by Brian Vernor 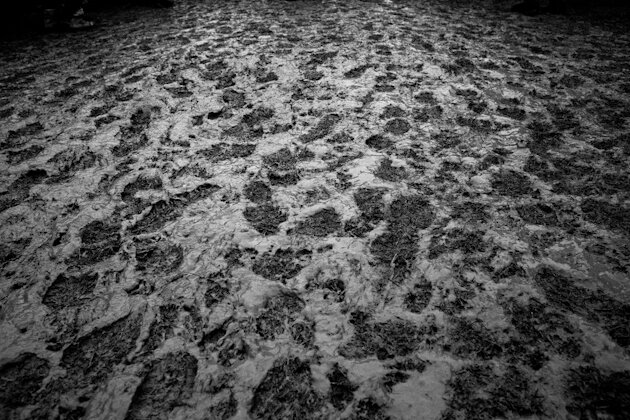 This is not a baby's diaper. This is a cyclocross course. Due to flood concerns, the weekend of racing was compressed into Saturday. By Sunday, a significant part of the course was a frozen pond. The fly-over and beer tent remain in the distance but the rest of the course was taken down immediately following the races on Saturday. I still cannot believe that the World Championships were on American soil. If you weren't there, you blew it. 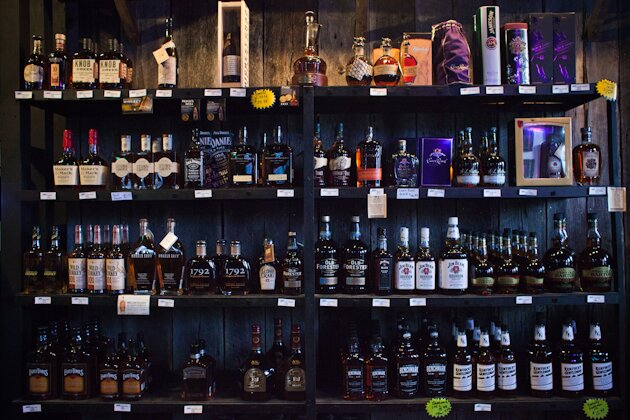 I miss the days when all the World Cup cyclocross events were raced in national colors. Belligerent and nationalistic fans could drink all day and still know who to cheer for simply based on colors. Also, graphically the kits are so much better than the trade team uniforms. Fortunately the World Championships are still an excuse for national colors and belligerent nationalism. 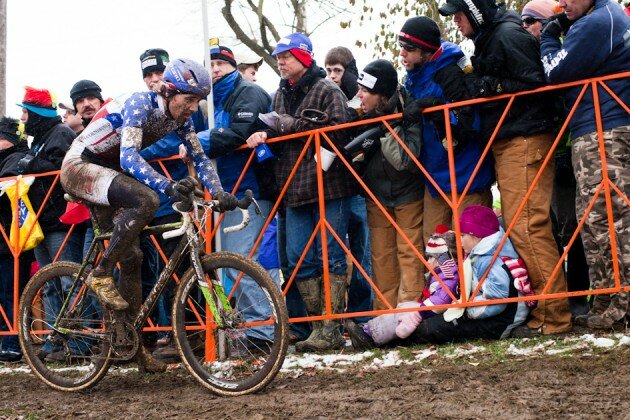 Just like these kids, I really wanted to plop down and watch the race while letting my hangover subside but i had some sort of job to do. My mom thinks I'm a professional photographer so I broke down and wore one of those silly PHOTO vests and took pictures for this Paved magazine web gallery. This photo also features Jamie Driscoll. Never forget to tip your pit crew. Nobody ever hears their names but their elaborate preparations and race-time handiwork is behind every victory. The first run-up of the first lap of a cyclocross race is always an exciting place to be, especially when a unicorn dancing on a lighting bolt drops out of the sky. The crowd was into it. Just to be clear, this is a Basque cyclocross fan, not a Spanish cyclocross fan. And he was in Louisville to support the Basque rider Javier Ruiz De Larrinaga Ibanez. Marriane Vos (center), of the Netherlands, let a couple riders hang out with her on the first lap before she decided to go way faster than everybody else en route to victory. The mud made for frantic work in the pits. Some riders were changing bikes every half lap. Many of the European pros brought their personal pit crews instead of relying on national team support. Unlike me, I'm pretty sure Elite Men's winner Sven Nys, of Belgium, did not drink a few too many bourbons the night before the race. Probably because of discipline like that, he prevailed over the whole world. Even the obscenity screaming jackass with one of those soccer horns loved this guy by the end of the race.