In The Drops: BMC’s granfondo GF01 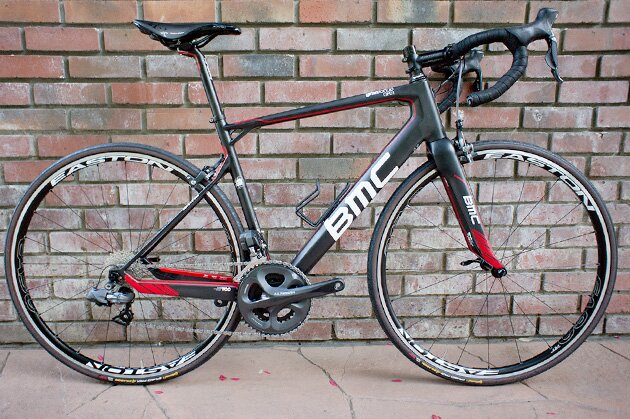 With the cobbled Classics bidding us adieu, it’s easy to look back at a defiant Tom Boonen, who, with apparent ease, condemned every single member of the peloton to the role of mere peasants within his very own cobbled fiefdoms of Flanders and Roubaix.

These races rightfully command attention as violent, raw showcases of grit and grime, triumph and despair and easily paint themselves as some of cycling’s most emotionally charged races. Oftentimes then, these races, take the emphasis off of technological gizmos and doo-dads, with teams favoring equipment, like say, a good set of Ambrosio tubular rims, that has stood the test of time, and not the test of marketing-driven “innovation.”

That’s not to say that new technology doesn’t play a factor in these races, and in fact, that is increasingly not the case. This year alone marked a score of new cobble-driven bikes making their way to the market, designed exclusively with unforgiving terrain in mind, and utilizing cutting-edge know-how and resources.

This year, under Team BMC, BMC introduced the granfondo GF01. And now just several weeks off of a podium finish under Allesandro Ballan, BMC entertained our pesky and inquisitive journalistic tendencies with a media presentation in Monterey, California, home to giant aquariums, astronomical green fees and some classic car show that seems to be kind of a big deal.

BMC went to proverbial drawing board (which I’m guessing was actually a high-tech CAD suite and state of the art computer—or at least one damn-cool white board) with several distinct goals in mind for the granfondo GF01. Firstly, the bike was to complement BMC’s existing line-up, targeting an entirely different target group of riders. Calling it the gran turismo of bikes, like the car, the bike needed to maintain the performance of a race-ready machine, but marry it with the comfort needed for all-day marathons.

In order to achieve such a bike, BMC highlighted the need for vertical compliance, while maintaining, and even increasing, overall stiffness. Ergonomics were also a key factor, with BMC paying close care to their new Endurance Fit geometry which makes its debut on the GF01. 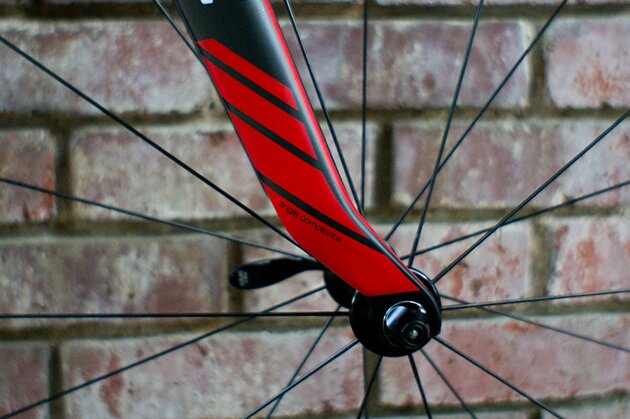 Already in service on BMC’s other models, the GF01 pairs TCC with BMC’s new Angled Compliance Concept (yep, another concept) which introduces vertical compliance into the frame by introducing angles which bring the materials out of plane, inciting them to provide a tangible level of flex.

Most notable in the rear dropouts, seatstays and fork, these angled tube shapes allow for 40-percent more vertical compliance over the BMC teammachine SLR01. 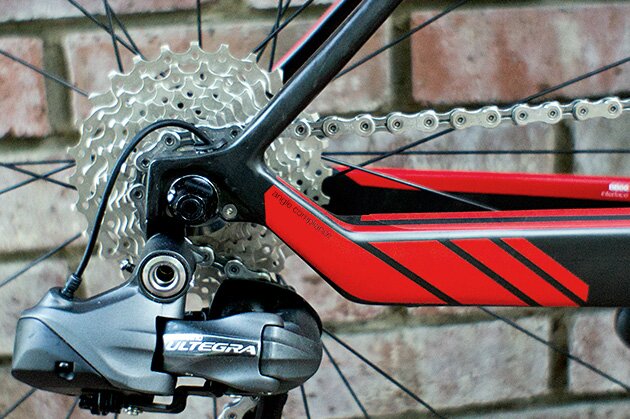 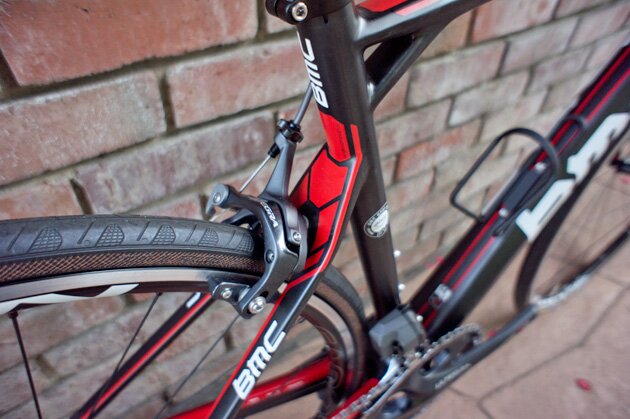 These flex zones are contrasted by an extremely stiff core that revolves around massive tube cross sections at the bottom bracket, downtube and toptube, which allow the GF01 to claim the title of being BMC’s stiffest bike to date.

Complementing the bike’s cobble-tuned design is a smart spec that is actually a big part of the granfondo GF01′s overall design. Featuring 28c tires, and wide-profile tubeless-ready Easton EA90 RT wheels, and comfy Fizik saddle, the bike’s spec is as much as a part of the design as anything.

As we saddle up for a ride tomorrow we’re curious to see how all this technology and design philosophy actually plays out when we put ass to saddle and wheels to pavement. Until then, here’s the fine print:

This entry was posted in Featured and tagged BMC, cobbles, In The Drops. Bookmark the permalink.