The fat lady sang in Portland, and it was a helluva show. Consistent winds and clear skies overnight dried the track out and made it considerably faster for day two’s racing. And while the day was chilly, the beaming sunshine and lack of wind made for much more hospitable racing. Not typical Portland ‘Cross conditions, but given what racers will face next week in Bend, no one was complaining.

In the Women’s Elite race, Luna came out swinging and flat-out dominated the last race of the USGP 2010 series. Sue Butler took the hole shot on a lightning quick start, but the Luna trio passed her on the backstretch and then never looked back. There were no gifts amongst the squad today, either. Katerina Nash, coming into solid form for her World Cup CX campaigning to come in Europe, was full gas. Behind her, Georgia Gould and Amy Dombroski briefly jockeyed for the number two slot, with Gould coming out on top, relegating Dombroski to third.

And then they simply drilled it.

Behind them—far behind them, that is—the rest of the field queued up behind Meredith Miller. No mechanicals for the California Giant/Specialized rider today, but she was unable to close down the gap to the Luna riders. “I just couldn’t carry the same speed into the corners that they (the Luna riders) had,” stated Miller. “It’s something I’ll have to work on.”

Miller may not have had the same speed today as the Luna riders, but what she did have was good enough to lock down fourth for the race and second overall for the series. Gould had cemented the series win the previous day, with the third step on the overall podium going to Nash.

For the men, it was going to be a knock-down, drag-out brawl from the gun. Cannondale-Cyclocrossworld racers Tim Johnson and Jeremy Powers had the series lead all knotted up. Whoever won this race would take the series win, too. Powers had laid a lot out on the course the previous day—would he still have legs?

Out of the gate, though, it was Ryan Trebon swinging the big hammer. The Kona rider wanted a bit of vindication for the previous day’s mechanical debacle. But the tighter corners of the day two course had Trebon grabbing more brake than he wanted, and halfway through the first lap, Johnson was away. Powers did not want to see the overall slip away so easily, and put in a monster effort to get past Wells and Trebon. From there, it took him another two laps to gain Johnson’s wheel. At that point, it was full throttle racing between the two for the overall, with Powers eventually taking the lead. But Johnson was unwilling to just roll over. Coming into the final barricades, it was a neck and neck thriller, with Powers bunny hopping the barricades while Johnson opted for the dismount and run. Line choice on the barricades cost Johnson the win at that point, as he came too tight to the last corner to be able to carry enough speed to out sprint Powers, who claimed the win.

The wreckage behind the Cannondale-Cyclocrossworld duo was vacuumed up by Trebon. The Kona rider drafted Wells for a time and then dropped him to claim third and the “Most Aggressive Rider of the Day” check, too.

The overall podium ended up with Powers on top, Johnson a short step down, and Todd Wells in third.

Look to see Jonathon Page try and re-shuffle that order at next week’s National Championships in Bend, OR; not an easy task, as Powers appears to be peaking at just the right time, and neither Johnson, Trebon, or Wells are eager to give ground to Page.

For the women, Nationals will be an interesting show to watch. Nash won’t be there for one thing; as a Czech citizen, she is ineligible to race at US Nationals, and will instead take off for Europe to bang bars against Europe’s elite on the World Cup CX circuit in preparation for a Czech National Champ title defense and Worlds. For another, Katie Compton, the reigning US National Champ, will be in Bend to defend her title against a very solid looking trio of Gould, Miller, and Dombroski; Compton was notably absent from Portland, opting to skip the races in a bid to rest her legs up for Nationals. 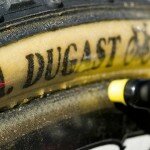 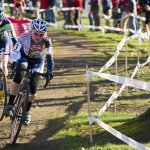 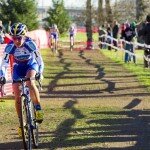 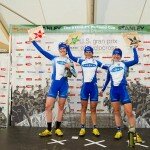