What Would the Badger Ride? Look’s 695 I-Pack Heritage 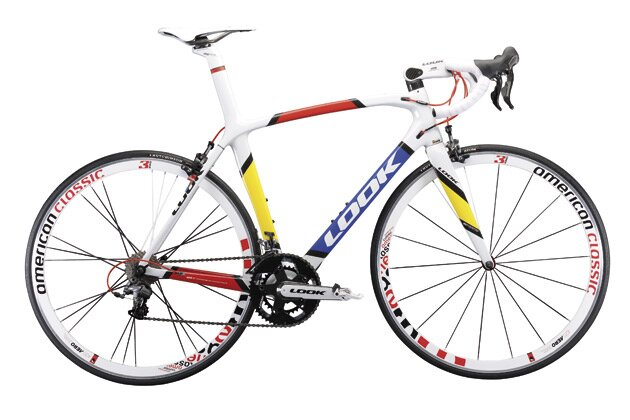 More than a quarter-century ago, American Greg LeMond endured an epic battle with Bernard Hinault, his own teammate, en route to winning his first Tour de France. That three-week punching match is considered by many to be the greatest Tour ever contested and is beautifully documented in Slaying the Badger, by Richard Moore.

Their La Vie Claire team was the powerhouse squad of the day and, fittingly, the team rode the finest equipment of the time.

As a respectful nod to the past, Look Cycle has released a Heritage edition of its flagship 695 I-Pack bicycle. Sporting carbon composite technology that would stop a Formula One engineer dead in his or her tracks, about the only things the Heritage 695 has in common with the La Vie Claire bikes is the name on the head tube and the iconic Look/La Vie Claire color scheme.

Perhaps as a tip of the chapeau to the French cycling icon Hinault and his American teammate, Look saw fit to build this one up with an American Classic wheelset. We wonder what LeMond and Hinault would have been able to do to l’Alpe d’Huez aboard one of these beauties.

This entry was posted in Featured and tagged 695, Gear, Look. Bookmark the permalink.